We fondly remember staff and community leaders who have recently passed. 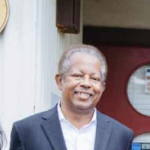 The Honorable John Saunders Chase Jr., the oldest son of Drucie and John Saunders Chase, passed away in January. Although not a University of Texas alumnus like his father, he has been supportive of the university and the Division of Diversity and Community Engagement along with his mother and siblings, Saundria Chase Gray and Anthony Chase. Read the full story. 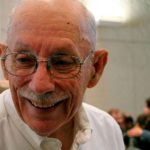 Gustavo “Gus” Garcia, a former Austin school board trustee, City Council member and the first elected Hispanic mayor of Austin, died in December surrounded by his family. Garcia was elected to the Austin Independent School District Board of Trustees in 1972, later serving as the board’s president for a year in 1977. He was the first Hispanic trustee elected to the board. His legacy with the district was cemented in 2007, when the district named a middle school after him. Read the full story. 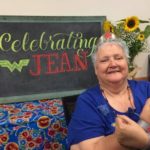 Longtime UT Austin staff member Jean Johnson passed away in January after a battle with cancer. Well known for her sunny demeanor, she always had a smile on her face. Prior to joining Services for Students with Disabilities, Johnson worked in the College of Liberal Arts where she coordinated big university events including Explore UT, Commencement and Parents’ Weekend. A former student worker stated, “She was a lovely soul with very warm energy that I found to be very caring in my years as a student at UT.” 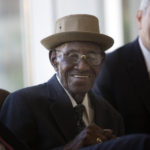 Richard Overton, the oldest known American World War II veteran, passed away last December at the age of 112.  He was born in Bastrop in 1906, served in the Pacific during World War II and has been a fixture in East Austin for decades. He was honored at the DDCE’s Community Leadership Awards Ceremony in 2015 for his service to his country and to the Austin community. Read the full story.