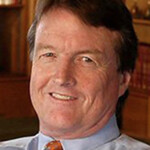 The University community was saddened to hear about the death of former President Bill Powers on Sunday.  His passing is especially poignant for many in the  DDCE given Powers’ efforts to establish the division.

In a message to the UT community on Sunday, President Greg Fenves said, “Bill was an eloquent and fierce champion for UT students, faculty and staff.” This was especially true for our students, faculty and staff from diverse backgrounds. As a member of the Law School faculty, he saw the numbers of African Americans and Hispanics drop precipitously after the Hopwood decision in 1996. In the fall of 1999, only 1 percent of UT law school students were African American and 8 percent were Hispanic; by time Powers left his position as dean to become president, he had quadrupled the number of African American students attending UT Law School and doubled the number of Hispanics. During his time as dean, Hispanic Business magazine ranked UT as the number one law school for Hispanics.

Bill Powers brought that same passion for diversity to the Office of the President.  He elevated the existing position of Vice Provost for Cross-cultural Effectiveness to a vice presidential level to create the Office of the Vice President for Diversity and Community Engagement. He developed a portfolio and budget to give credence to the importance of diversity at UT Austin.  He understood that there was no simple way to address the University’s complicated history with race and diversity. He also requested the division take on a role of service in the East Austin community and seek out opportunities for collaboration and engagement.

During his tenure, he continued to advocate for diversity in the years’ long lawsuit Fisher v. University of Texas. He laid the groundwork for the Dell Medical School, improved undergraduate education and instituted signature courses for freshmen. While president, he taught a freshman philosophy course and always considered himself a teacher first.  Although the last few years of his presidency were often controversial, his peers expressed their support and approval by electing him the chairman of the Association of American Universities in 2013.

As Daniel Oppenheimer wrote in DDCE’s magazine, President Powers was “a symbol of the possibility of forging a 21st century university that is both true to the best in its traditions and committed to reckoning with the worst of its history.”

Please keep Bill’s family in your thoughts and prayers. A public memorial service will be held on the UT Austin campus April 12. Details will follow in the coming days.