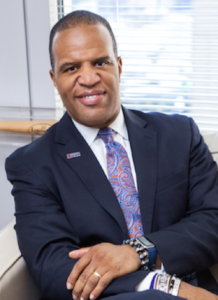 Students, faculty, staff and community members are invited to the DDCE’s 33rd annual Sweatt Symposium on Civil Rights on May 1-2 at Rowling Hall. The title of this year’s event is “Economic Empowerment: The Unfinished Business of Civil Rights.”

Recognition of the link between civil rights and economic empowerment can be traced back to W.E.B. Du Bois’ 1899 study of racism which examined the social, economic, environmental and political systemic inequalities as exposures for health outcomes.

Economic empowerment became a rallying cry for Dr. Martin Luther King Jr. as well. “Our struggle is for genuine equality, which means economic equality,” said King. Fast forward to 2019—many communities are struggling economically, especially in rapidly gentrifying areas such as Austin.

This year’s event will be keynoted by John Hope Bryant, an award-winning entrepreneur, author, philanthropist and prominent thought leader on financial inclusion, economic empowerment and financial dignity. Bryant is the founder, chairman and CEO of Operation Hope, Inc., the largest nonprofit and best-in-class provider of financial literacy, financial inclusion and economic empowerment tools and service sin the United States for youth and adults. He is also the chairman and CEO of Bryant Group Ventures and the Promise Homes Company, and he is the co-founder of Global Dignity.

American Banker magazine named Bryant the 2017 “Innovator of the Year,” and Inc. listed him among “The World’s 10 Top CEOs” (honorable mention). He was also one of TIME magazine’s “50 Leaders for the Future.” For the past two consecutive years, Bryant has been named in the “100 Most Influential Atlantans” listing developed by the Atlanta Business Chronicle that spotlights Atlanta’s top business and civic influencers. Operation HOPE is acknowledged as one of (No. 34) “Atlanta’s 75 Largest Nonprofit Organizations,” in the 2017- 2018 Book of Lists, a publication of the Atlanta Business Chronicle.

The Heman Sweatt Symposium on Civil Rights is an annual event organized by students, faculty and staff at The University of Texas at Austin. The symposium is named after Heman Marion Sweatt, the first African American admitted into the UT School of Law after the Supreme Court ruled in the landmark case of Sweatt v. Painter in 1950.