Here are a few highlights from the event. All photos can be found on our Flickr site. Follow the online conversation: #SweattSymposium. 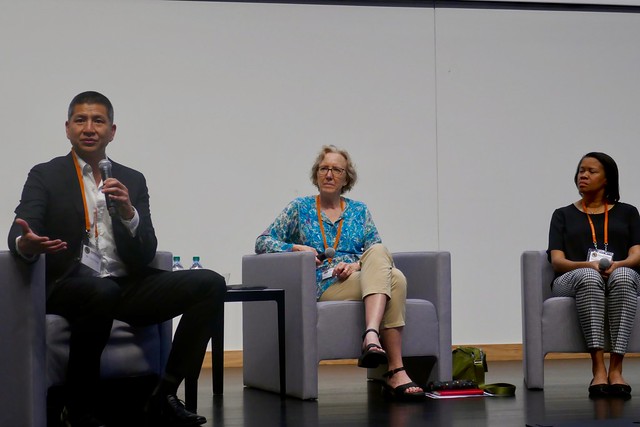 Day one kicked off with a panel discussion about gentrification and displacement in East Austin. Eric Tang (left) moderated the dialogue with Gabriel Amaro, research associate in the College of Liberal Arts; Mechele Dickerson (right), Texas Law professor; and Elizabeth Mueller (center), professor of community and regional planning at UT Austin’s School of Architecture.
Elizabeth Mueller

“If you hear that affordable housing is coming into your neighborhood and you start worrying about parking, congestion and how this will affect your local school, you’ve become part of the problem”–Mechele Dickerson 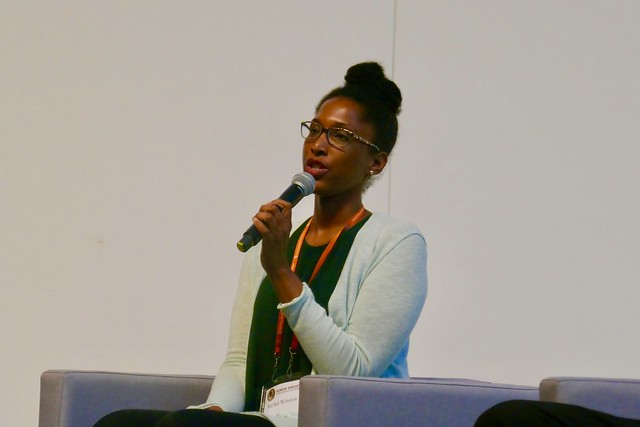 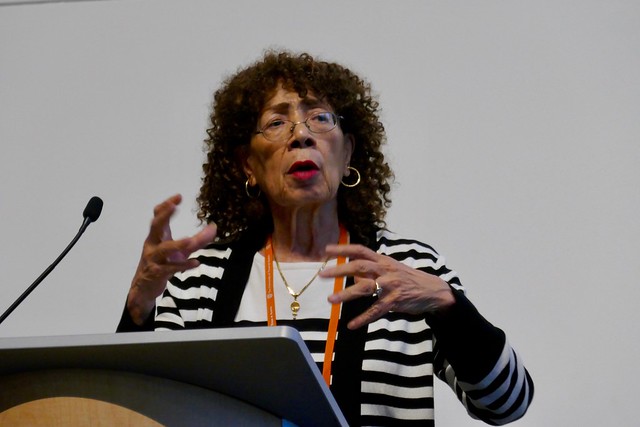 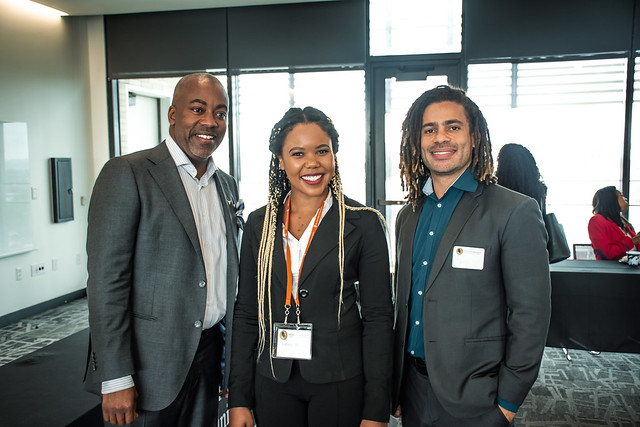 During the networking luncheon, Valorie Marks, a graduating senior in the College of Natural Sciences, shared her experiences abroad, where she studied entrepreneurship across cultures. Picture here is Marks (center) with Leonard Moore (left), vice president for diversity and community engagement and professor of history; and Devin Walker, director of the DDCE’s Global Leadership and Social Impact initiative. 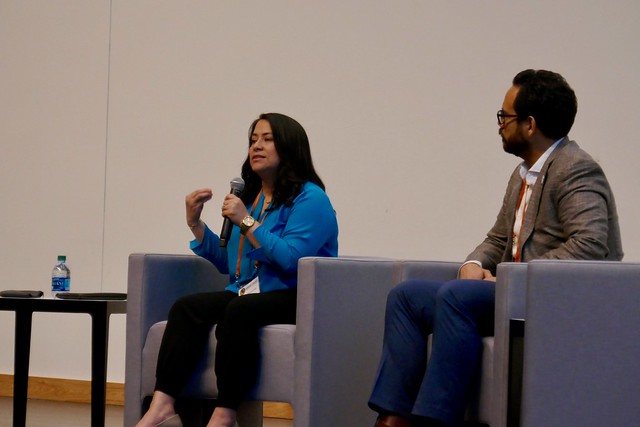 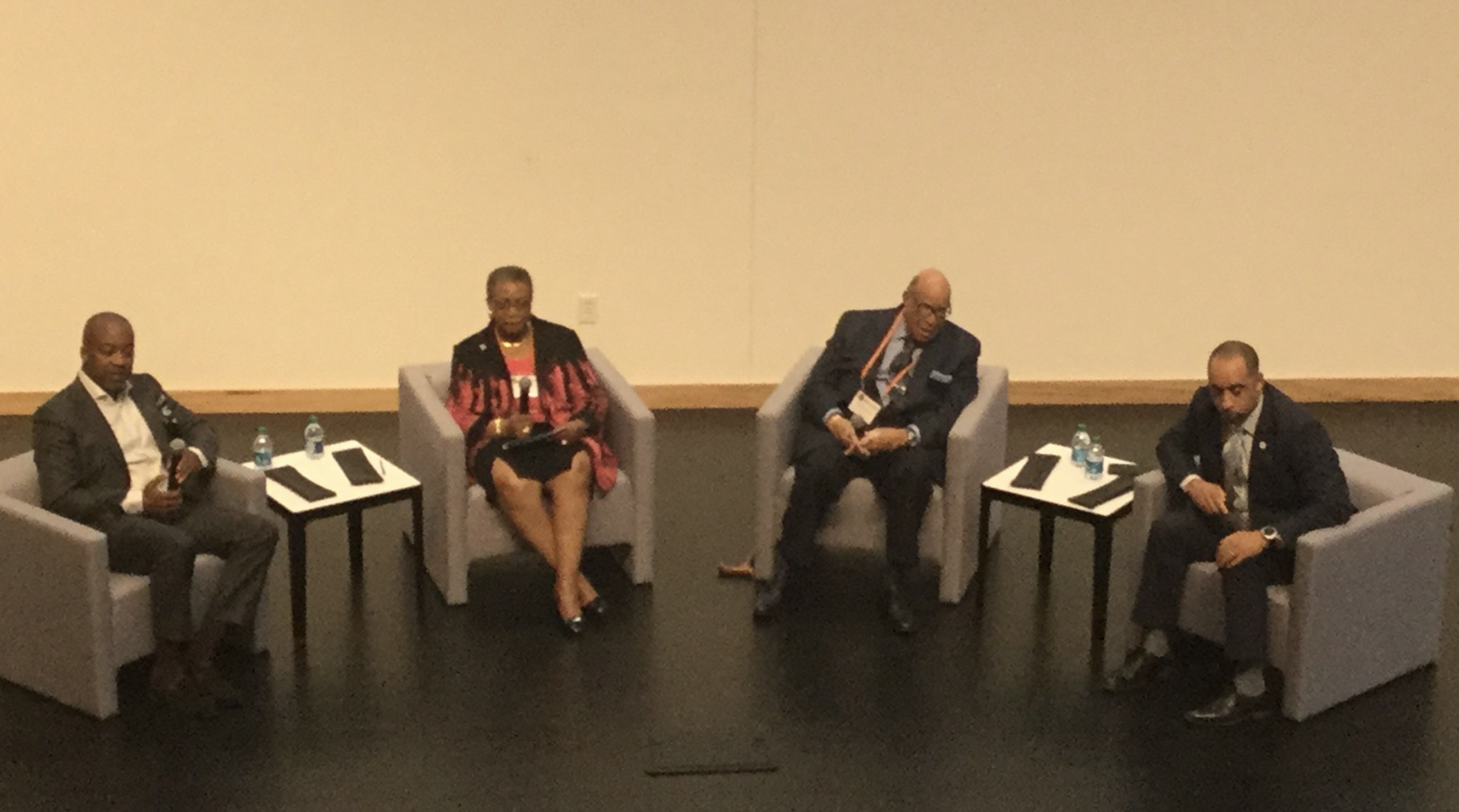 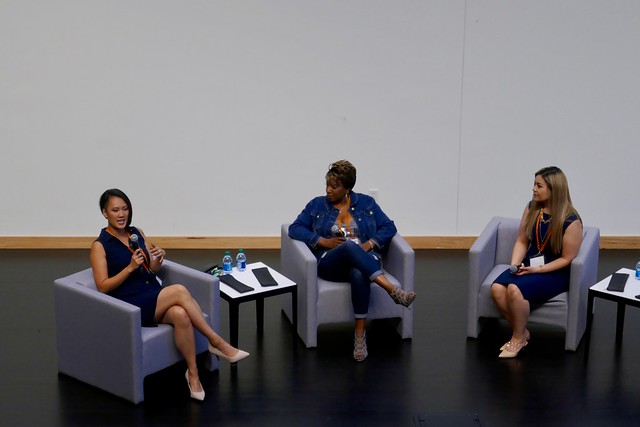 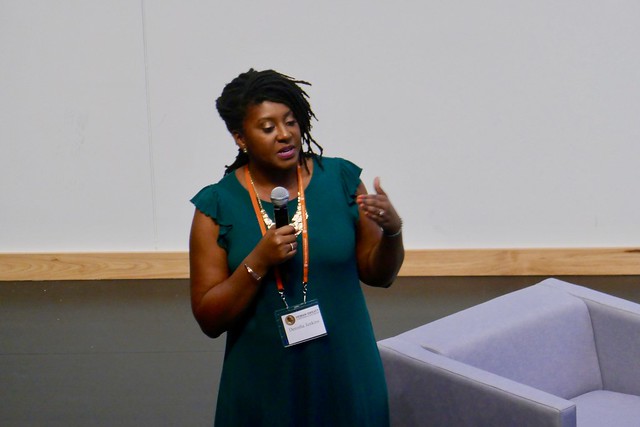 Rubén Cantú, executive director of the DDCE’s Inclusive Innovation and Entrepreneurship initiative, concluded the day with a round of “Lightening Talks” led by Denisha Jenkins (pictured above), founder and CEO of Kardia Advisory Group; Zuby Onwuta, founder of Think and Zoom; and Kehlin Swain, CEO at Xplosion Sports Tech.

“You always have to remember your ‘why’ when setting your vision and mission statement.”–Denisha Jenkins 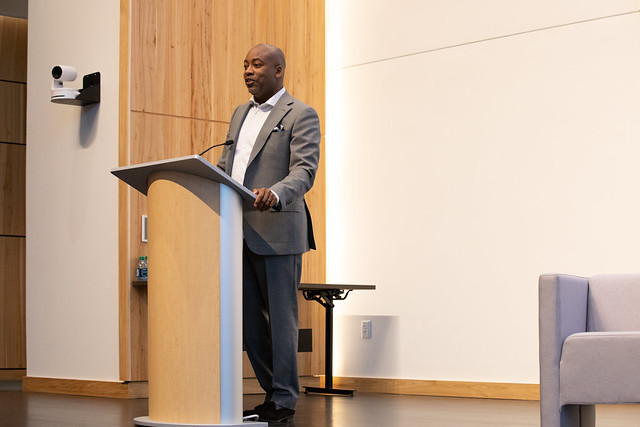 Leonard Moore kicked off the second day with a conversation about our nation’s systematic poverty gap. The talk sparked an interactive discussion among members of the audience about solutions and strategies for closing the gap. 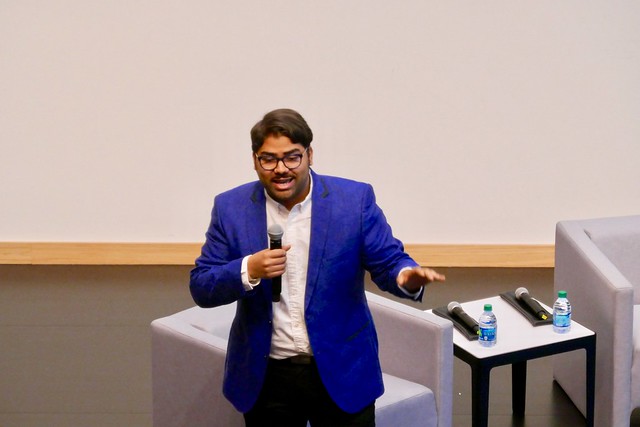 Rubén Cantú introduced the crowd to the second round of “Lightening Talks” by startup founders Joi Chevalier of The Cook’s Nook, Katie Fang of SchoolLinks and Roman Gonzalez of Gardenio (pictured above).

“One thing I learned is that in business, just like in gardening, you don’t have to grow it alone.”–Roman Gonzalez 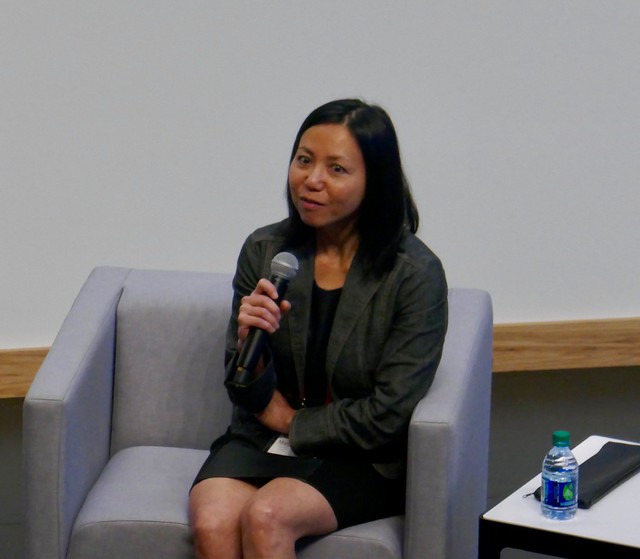 “The term ‘Asian American community’ is a misnomer; it should be ‘communities.’ There’s more than one community that need to be recognized.”–Marina Bhargava 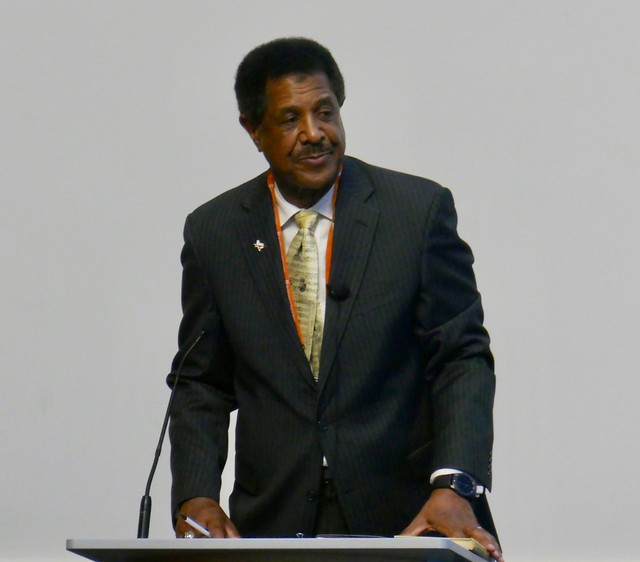 McCombs School of Business Professor John S. Butler closed the event with a brief history lesson on African American business leaders. He left the audience with a long list of books to read over the summer, including “The Narrative of the Life of Frederick Douglass.”

More about the Sweatt Symposium on Civil Rights: The annual symposium is named for Heman Sweatt, an African American who was denied admission to the UT Austin School of Law in 1946 on the basis of race. Sweatt, with the help of the NAACP, sued the University. In the landmark case, Sweatt v. Painter, the U.S. Supreme Court ruled that separate law school facilities could not provide an education equal in quality to that available at the UT law school. The Sweatt decision helped pave the way for admission of African Americans into segregated colleges and universities.