Student Filmmaker Shares His Study Abroad Experiences From Behind the Lens 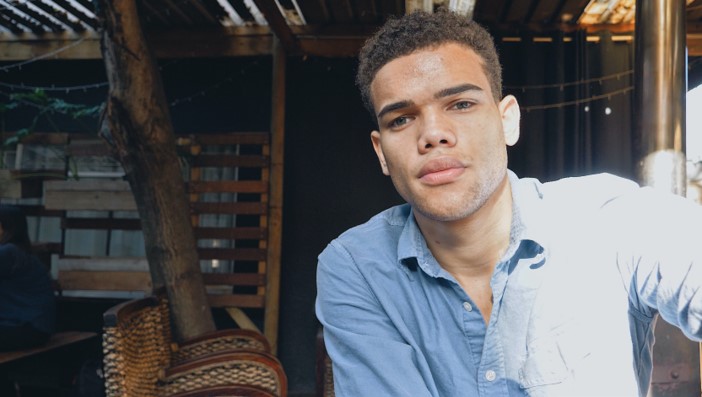 At the young age of ten, Justice Beverley began capturing his travels on film while touring the national parks with his family. Captivated by the Grand Canyon’s sculpted peaks and valleys, he couldn’t wait to see what more the world had to offer.

“My brother and sister talked about how we wanted to go to Ireland, China and Japan together—and that’s when our dad told us that we needed to the see the country before seeing the world,” Beverley says.

While living the RV life, he and his father created hundreds of videos of their epic cross-country tour. And though he spent much of his time behind a viewfinder, he takes great joy in documenting and sharing his travels with others.

“It’s a selfless venture to record and share your experiences,” Beverley says. “While filming, you’re missing out on something for a bit, but you’re capturing something—in my case, an adventure of a lifetime—for others to see. I see that as important.”

Eager to get started in filmmaking, Beverley came to UT Austin to attend the Moody College of Communication.  Early into his first semester, his excitement ebbed into frustration when he yearned to be out in the field.

“The question of staying in school was on my mind a lot that year,” says Beverley. “I remember calling my dad and telling him I wanted to get started on my film career rather than sit in classes all day.”

Just when he was ready to pack up his camera bags, Beverley learned about an opportunity of a lifetime.

“I found out about the Cape Town program while taking Dr. Moore’s Race in the Age of Trump class,” says Beverley, a radio-television-film senior. “I signed up for it at the very last minute—and I’m so glad I did because it kept me at UT so I could travel to Beijing the next semester.”

With his camera in tow, Beverley documented every moment of the trip—from hiking up Lion’s Head Mountain to ziplining between mountains to rationing water at the hostel amid the 2018 water crisis.

Of all his adventures, he will never forget his internship at Philisa Abafazi Bethu, a women’s empowerment program located in Lavender Hill, a struggling, low-income neighborhood just outside of Cape Town.

“It really was the most impactful internship—and I believe I was placed there for a reason,” Beverley recalls. “Sometimes I think back to it and feel inspired about this corner of the world that is working so hard to help people.”

Looking back at his time working with the women and children of Cape Flats, Beverley is most grateful for the life lessons he gained along the way.

“I give a lot of praise to the people in the DDCE who have this magic formula for matching students with internships that play to their strengths and interests,” he adds. “Everybody I talked to said they felt that the trip was made just for them.”

After arriving back in the states, Beverley turned a mountain of footage into series of short videos.  His long nights on the cutting room floor paid off when Devin Walker, director of the Global Leadership and Social Impact program, accepted his offer to become the official videographer for the upcoming trip to Beijing, China—a destination that has been at the top of his bucket list for years.

When summer 2019 rolled around, Beverley couldn’t wait to embark on his next big project, in which he could help reshape the narrative about a country that is often generalized and misunderstood.

“As a filmmaker, I don’t want to subjectify or force my opinion in places or areas,” Beverley says. “I don’t want to say how it is in China; I want China to tell us what it is. I’m just a mediator for this story.”

With a strong emphasis on storytelling, Beverley lets his personal interactions drive the script. Taking a page from his father’s playbook, he makes an effort to chat with everyone he encounters along the way—from street vendors to tour guides to strangers on the subway.

“I learned by watching my dad talking to people on a constant basis,” Beverley adds. “While we were traveling to national parks, he’d meet with the superintendent and talk for hours. “He always had something to say and a beautiful way of saying it.”

The people—the connections you make along the journey—are what make the trip worthwhile, Beverley notes. With this in mind, he asked his fellow travelers’ to include their voices in his China recap video so they, too, could tell the story.

“I was so close to everyone on that trip, so I really needed their input,” Beverley says. “Having each voice heard—literally and figuratively—was so important.”

Of all the life-changing moments abroad, Beverley is most grateful for the time he spent with students and staff.

“I really like to emphasize the camaraderie on these adventures—with the staff and students,” Beverley adds. “I’m still active in both the Cape Town and China group chat and can say that I love those individuals deeply.”