Is the perfect way to describe the plight…of Black women

You see, as a young Black woman, it is my onus to own us

To show the world that when they try to separate us from their team, they have lost, and

As a black woman, it is my onus to tightly squeeze our stories

Like lemon juice, too sour to taste but too yellow to not notice

That’s us. Hidden in plain sight.

The elephant in the room they wish to not acknowledge

And although it’s not right, nor justified

We are often treated like the forbidden fruit in the Garden of Eden,

but Adam clearly didn’t do it alone

We are Eve, we are finally done asking to be seen.

To be heard, to be taken serious and simply, not

Peggy Holland, was and still is a product of her own light

A spark you only find every blue moon

A rose amongst thorns many others tried their best to prune

With a smile so innocent, I question how someone could render her as guilty of her own skin

Classmates so badly wanted a reason to hate her, withhold her from her freedom

A hate without basis because they knew they could raise hell, not even hate was illegal!

It is a timeless theme that runs rampant today

A time where Peggy was forced to overcome the odds

Find ways to feel even, and everlastingly hope that God would give her something to believe in

Imagine fighting for rights you were freely given at birth

Do you know what it feels like to want to live but be hidden in plain sight?

And even if you start making noise, the moment you’re silent you’re putting up a fight to justify….

These are four of the words she used to describe Waggoner Hall,

And it’s four walls was the building of what was Business back then,

But even when she minded her own business,

she was reminded how Black she was and the thickness

…required to survive. The skin needed to rise like dough,

The skin needed to withstand the blows that still don’t make sense to her today.

Being Black does not make you hidden

But it makes you question why you have to wrestle with darkness just to be seen.

Being Black does not make you mute, but it surely ties your hands up

Like the strange fruit on the trees in the middle of nowhere.

Helpless, hidden, and far from honored.

Even on the hottest summer day,

Because Peggy was assaulted and objectified, and that is not okay

Textbooks and papers scattered all throughout the hallway

Represented every acre of this school when it felt right

But who represented her?

Who is representing me?

Who is grabbing us by our horns to make sure we are seen?

Should we pray to God for better days and hope we don’t meet Him due to our demise?

Do we stand a chance at the top when we lack opportunities to rise?

Or do we play small because our presence is big and feed their pride?

Is it my dark thoughts as I walk past the Littlefield Fountain and wonder if I should take a dive?

of Texas are upon me?

Peggy was the first in business. The first of us to graduate from a place so cold.

And even in the coldest conditions, she deserved to blossom, just like them.

She was and will always be very visible, just as we saw it. 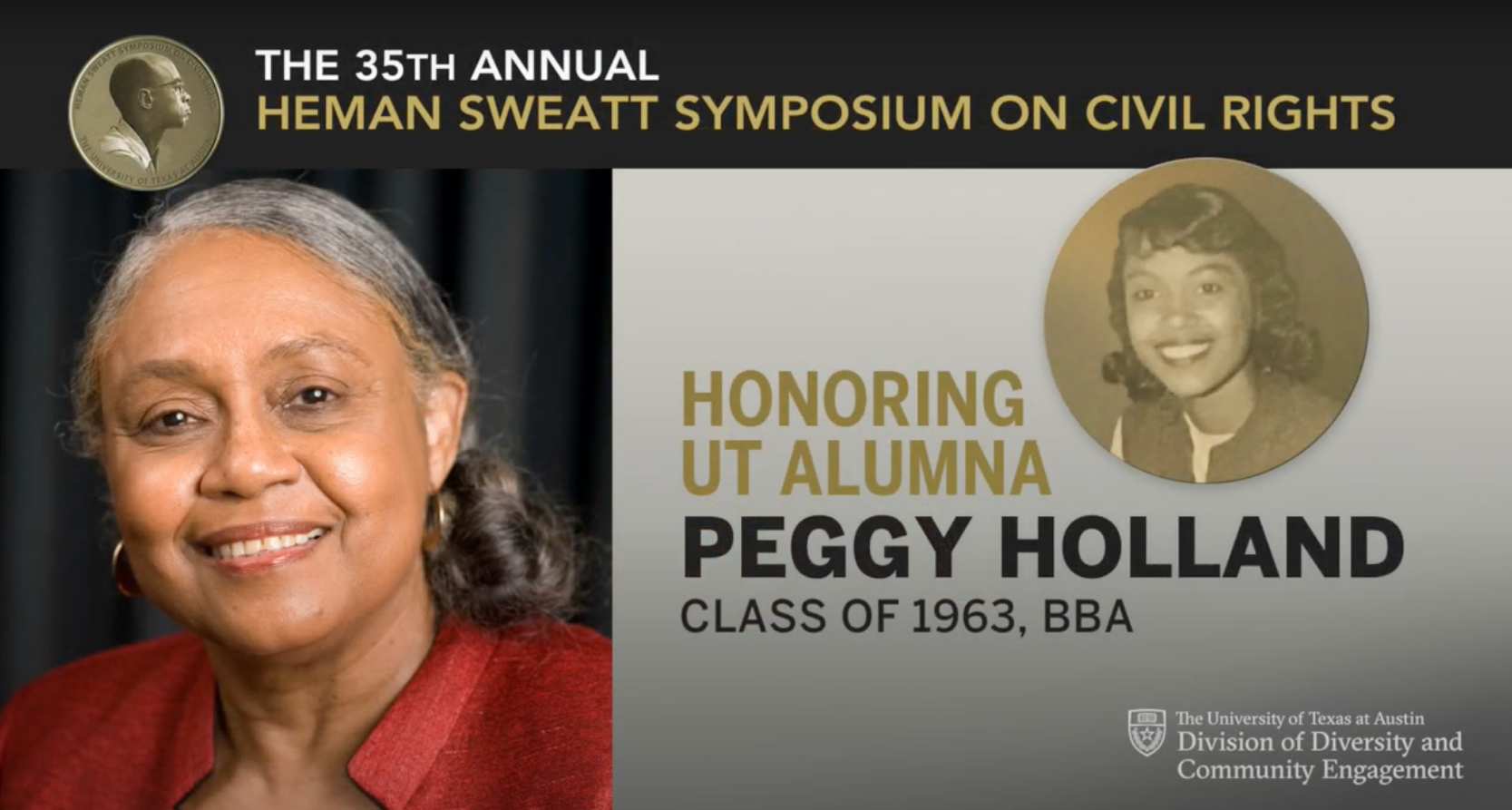