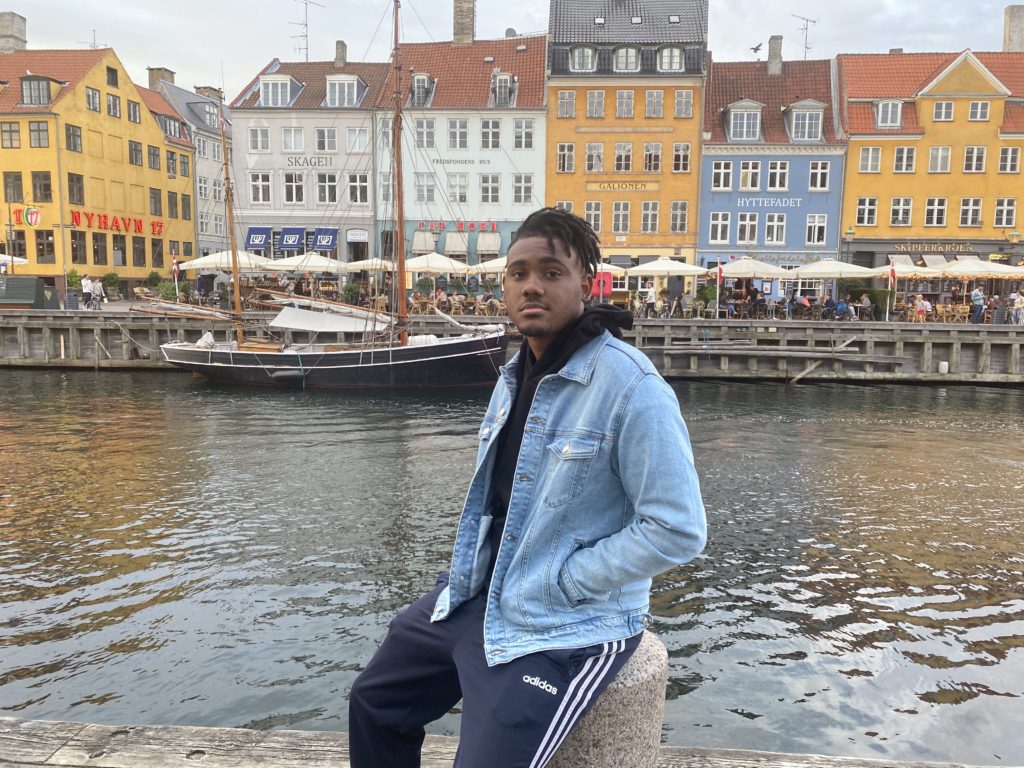 Brandon Lawry never really considered the idea of living and working outside of the United States until he became involved in the DDCE’s Heman Sweatt Center for Black Males.

“The faculty at the Sweatt Center helped me realize there’s a world of possibilities—you just have to recognize the opportunities that are out there,” says Lawry, a junior majoring in six-year program in the School of Architecture.  “They gave me the confidence to study abroad and to work in Switzerland.”

After a successful study abroad trip to Cape Town, South Africa, Lawry started to imagine the possibilities of pursuing his career in a different country. He soon landed a summer job at an international architecture firm in Switzerland, where he worked on design phases for various architectural projects around the world.

“It was an amazing experience working on a diverse portfolio of projects and seeing how far I can push architecture design to change people’s experiences and make their lives better,” Lawry says.

While overseas, Lawry found himself on the outside looking in as the Black Lives Matter movement intensified in the states. During his lunch breaks, he often chatted with a local restaurant owner, an immigrant from Ghana, Africa, who urged him to consider relocating to Switzerland, where he wouldn’t have to worry about his personal safety.

“He made me think about how Americans tend to stay inside their bubble in the U.S., while in Europe, people are more open to moving from country to country,” Lawry says. “We were two Black men living in a different country, and it was nice to be around someone who had a vested interest in my life.”

Back on campus, Lawry is focused on designing inclusive spaces, especially in East Austin where historically Black neighborhoods are being replaced by high-rise condos and trendy eateries.

“I’m currently working on a new housing strategy in East Austin with an awareness of the impact of gentrification on the residents who are being overcrowded and priced out of their homes,” Lawry says. “As an architect, you have to think about what your space is doing for the community as well as the occupants.”

Lawry draws inspiration from buildings and structures designed to bring together people of all races, ethnicities and economic backgrounds. As an example, he points to the National Memorial for Justice and Peace in Alabama that commemorates lynching victims.

“This memorial heals the community by taking ownership of the atrocities that happened,” Lawry says. “It’s a beautiful multipurpose venue that’s accessible for everyone.”

After graduation, Lawry hopes to uplift and empower communities with innovative, inclusive designs—whether that be a large-scale memorial structure or apartment buildings with publicly accessible green spaces.  He’s especially grateful for his mentors at the Sweatt Center who encouraged him to consider an adventurous career without borders.

“One thing [Sweatt Center Director] Dr. Ryan Sutton is big on is going beyond our comfort zones,” Lawry says. “He and Dr. Kelly and Dr. Walker often assured us that we’re not in this alone, and encouraged us to be comfortable asking for help. I used to think I could figure things out on my own, but now I have the confidence to ask people for guidance.”

More about the Heman Sweatt Center for African American Males
Formerly known as the African American Male Research Initiative, the center provides a supportive community for undergraduates with a focus on personal and professional success. Among the center’s many offerings, it includes PowerHour networking sessions with faculty and students, guest speaker events, study abroad resources, and events such as the Black Student-Athlete Summit, Black Male Orientation and the annual retreat.