While touring the “Chasing Perfection” exhibition in Houston, Texas, David Heymann was taken aback by a photograph of Saundria Chase—daughter of John Chase, the first Black licensed architect in Texas—standing alongside notable African American Congressman George Thomas “Mickey” Leland.  Until this moment, he didn’t realize that there was so much more to the story of John Chase’s home life in Houston, Texas.

Intrigued by Chase’s prominence in the Houston social and political scene, Heymann soon embarked on a book project chronicling one of the city’s finest modernist houses that became the epicenter of both Black and white business and political life. We caught up with him to learn more about the beautifully illustrated book titled “John S. Chase–The Chase Residence,” co-authored with architectural historian Stephen Fox, and to catch a glimpse into John Chase’s family life back in the golden age of modernist architecture.

What did you learn about the social scene at the Houston residence?

They were arguably the city’s most influential family in Black society at that time. While attending the Houston John Chase exhibition back in 2018, the co-curator Danielle Wilson told me about her grandmother’s stories of living next door to the Chase’s house and watching all the party-goers showing up in beautiful dresses. She said it was always so exciting when the house was all lit up for a party. When talking with members of the Chase family, I learned that so many well-known politicians and celebrities showed up at the house—from Gregory Peck to Vernon Jordan to Muhammad Ali.

While chronicling the transformations of the Chase home, did you come across any interesting findings about John Chase’s family life?

Back when John Chase was renovating his house, he built an office for himself in a quiet corner. Prior to that, he worked in a den with lots of activity around him. When he tried to work in his new space, it was too quiet, so he used it for storage and continued to work in the den, where he enjoyed having the children playing around him.

When talking to the Chase children, it became very clear that even though the house and its landscaping was always evolving, the one thing that never changed in John Chase’s life was the role of his family. Every night, they would sit down for dinner at 6:30 p.m., no matter how busy they were with their social lives and careers. His family was the anchor that allowed all of the things to happen. His wife was also very accomplished at tying the community together, and she was fully invested in his success. Their children grew up to lead remarkable, successful lives, which is a testament to a stable, happy upbringing.

What are some lesser known facts about John Chase that you came across in your research?

John Chase was full of life, full of vigor—and he expressed himself through his landscaping. We ended up deciding that we couldn’t draw precise illustrations due to the evolving environment. He always had a plant project underway and incorporated plants into the house, which is not easy to do and something most architects avoid.

Could you please share a brief history of John Chase’s struggles to become an established architect?

In order to become licensed as an architect, John Chase had to intern with an established architect, but no firm would hire him because he was Black. Back then, architects didn’t want to risk their clients seeing a Black man working in the office in a non-service role.  Although he wasn’t able to get an official job, people recognized his talent and were offering him work, especially Black middle-class clients. Finally, he petitioned the state to allow him to sit for the licensing exam without the internship, and he ended up passing the exam and opening his own firm.

Chase is a remarkable role model for all architecture students. He went out and made it happen—despite the barriers holding him back from getting his architecture license—and didn’t look back. It’s also important for me to point out in this interview that he gave back to the School of Architecture, making scholarships available that helped innumerable students move forward into the world of architecture.

Why is it important to tell John Chase’s story?

It’s important to know and name the firsts, like John Chase and Willie Jordan, another School of Architecture alumnus and leading Black architect in Texas. Their stories help people realize they’re not so alone—and that other people want to offer help and support. In Chase’s case, the dean of the School of Architecture challenged UT’s “colored student restrictions,” as it was called. There was a small group of faculty members who were desperately trying to help Black students enter the system. Of course, this doesn’t make John Chase’s work any less remarkable. His story is inspirational for everyone, and it really points out what an individual can accomplish, not to mention the huge systemic problems in place that people need to be conscious of. It’s an amazing story, and I’m so glad it’s getting told.

How did university leadership help make this book project happen despite the many challenges that came your way during the pandemic?

The strangest and funniest thing of all is that this wouldn’t have happened if the dean didn’t say, “I want the John Chase exhibition at my school.”  She offered unwavering support, as did UT President Jay Hartzell. When we were struggling for funding, he said he would absolutely make it work. The vice president for research was great about getting us seed-grant funding, and Leonard Moore [former vice president of the Division of Diversity and Community Engagement] was terrific about making the project come together. I feel strongly that this is a UT project, especially since they matched crucial private funding that came from Suzanne Deal Booth and Jeanne and Mickey Klein, who are great supporters of the School of Architecture, and the University of Texas. 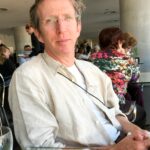 David Heymann, is the Harwell Hamilton Harris Regents Professor at UT Austin. His work examines the complex relationships of constructions and landscapes. Heymann is a contributing writer for Places Journal and author of “My Beautiful City Austin.” Design honors for his architectural work include selection for Emerging Voices by the Architecture League of New York. 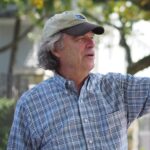 Stephen Fox is an architectural historian, lecturer at the Rice University School of Architecture and the University of Houston’s Gerald D. Hines College of Architecture, and Fellow of the Anchorage Foundation of Texas. His work focuses on architecture of the 19th and 20th centuries, especially in Houston and Texas. Fox examines the ways that architecture engages such social constructs as class identity, cultural distinction, and regional differentiation. He is the author of the AIA Houston Architectural Guide and The Country Houses of John F. Staub.
Tags: John Chase, John Chase Building, The Chase Residence