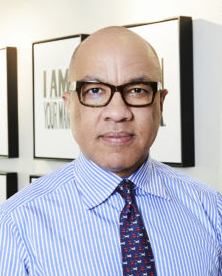 Few have influenced the lives as many people around the world as has Darren Walker, one of The University of Texas’s most accomplished and committed alumni. Darren’s empathy, intelligence, drive, and capacity to effect social change have altered American philanthropy and conversations worldwide on social justice.

Darren was born in a charity hospital in Rayne, Louisiana to a single mother who worked as a nurse’s aide. In 1965, he was selected for the inaugural preschool class of Head Start, a Great Society program aimed at reducing poverty. He attended public schools in southeast Texas and with financial support from a Pell Grant and scholarships he earned his undergraduate and law degrees at The University of Texas at Austin. He has termed his experience a publicly and philanthropically funded “mobility escalator”. Darren enjoyed successful careers in both law and finance and today serves as the President of the Ford Foundation, one of the world’s leading philanthropies, as well as serving on the boards of directors of Pepsico, Ralph Lauren Corporation and Square. As President of the Ford Foundation, he has emerged as a leading voice on the role of philanthropy in effecting social justice. He also serves on the boards of Carnegie Hall, the National Gallery of Art and the Smithsonian National Museum of African American History and Culture. In 2009, The University of Texas recognized Darren with the Distinguished Alumni Award.

We are requesting your support to help establish the Darren Walker Scholars Program. The program will provide a fully funded undergraduate education at The University of Texas at Austin for students of the highest caliber with substantial financial need and a history of overcoming substantial economic, social or educational obstacles. The program will provide the students with an intimate cohort of fellow Walker Scholars, as well as cultivated connections with faculty, alumni, and civic leaders. The goal is to permit these extraordinary young women and men to unlock their potential and develop their talents for the betterment of all, following the example of Darren Walker.

The expectation is that over time the Darren Walker Scholars Program will emerge as one of the premier scholarship programs of its kind nationally. 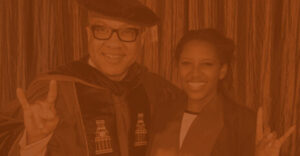 Darren Walker Scholars must be admitted to UT Austin and… Read more for explicit criteria.

Our goal is to recruit eight to ten students from Texas to fulfill the university’s mission statement “What Starts Here Changes the World.” 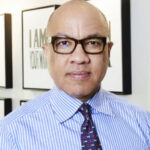 Few have influenced the lives of as many people around the world as Darren Walker, one of The University of Texas’s most accomplished and committed alumni. Read his biography.

GIVE NOW
See the list of donors that make this program possible. Contact Ian Tuski for more information about making a gift.