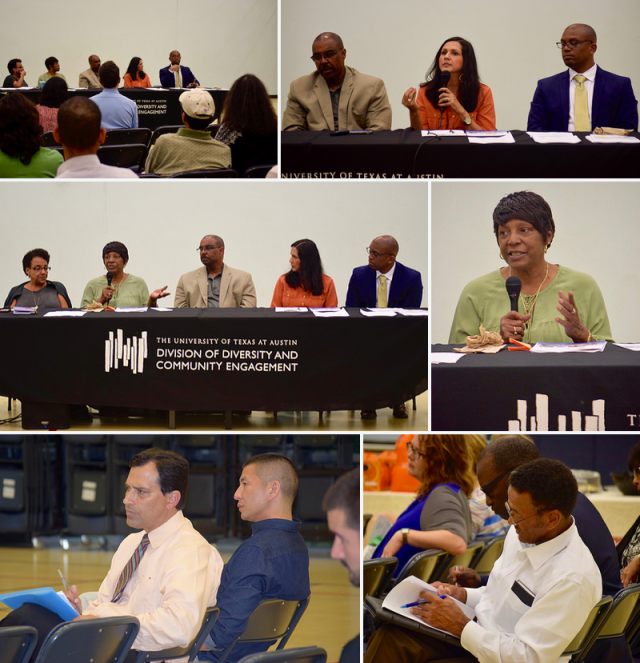 About 35 community members attended the community dialogue, “A Tale of Two Cities: Austin’s Economic Boom and Rapid Segregation.” Panelists included Barbara Scott and Helen Miller from the Colony Park Neighborhood Association; Richard Franklin, the director of Youth Unlimited; Dr. Kazique J. Prince, Office of the Mayor, City of Austin; and Erica Saenz; chair of the Rundberg Revitalization team and board member of the Community Advancement Network.

Discussion centered around the lack of economic investment in northeast and east Austin that included amenities and education as well as businesses and jobs. Barbara Scott said what the city would really be doing is “Investing in opportunity.” She also explained that Colony Park needed community policing and noted that community policing in east Austin due to gentrification. Richard Franklin discussed the higher taxes that gentrification brought and were a burden to long-time residents, but…”we’re not investing in people who are paying taxes…there are no places in the neighborhood where we produce anything.”

This article was previously written on DDCE Central by Leslie Blair and Jessica Sinn. To view the full story featuring a recording of the event, please visit this link.