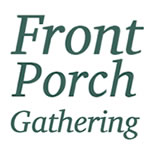 As the “front porch” of The University of Texas at Austin (UT), the Community Engagement Center (CEC) initiates and stewards successful community-university partnerships that connect the resources of the university with individuals, groups, and institutions in historically and current underserved Austin communities. CEC’s Front Porch Gathering represents UT’s open door to the Austin community, providing time and space for community collaboration.

As Austin continues to grow, the social infrastructure of East Austin is significantly shifting. While schools, businesses, and other institutions provide cultural and economic anchors for the community, the historically black church has always had the opportunity to play the role of stabilizer –, connecting old and new residents, encouraging important discourse and representing both the visible and absent voices of black Austin. To kick off the CEC’s new Front Porch Gathering series, we explored both the historical dynamic of predominately black churches in East Austin and identified their future role as anchors institutions for social justice for the black community.

On September 18, David Chapel Missionary Baptist Church, a staple in East Austin since 1924, played host to the evening’s discussion. Senior pastor and community advocate Pastor Joseph Parker helped set the historical context for the discussion by walking through the last decades of social, cultural and economic realities of the community. Taking us back to the consequences of the City of Austin’s 1928 master plan and the establishment of the Negro District east of now I-35 (then known as East Avenue), he offered insight into the support, strength and strategy provided by predominately black churches to empower and elevate the residents of East Austin. Pastor Parker then offered a perspective that enabled participants to link the historical to the present: he discussed the impact of the rise of housing and property costs, gentrification and economic displacement to East Austin’s predominately black churches. He focused on the spatial challenge created by economic pressures for churches to remain connected to the communities they serve, while also providing hope for what the East Austin’s churches can continue to represent and provide.

Following story-time with the evening’s host, attendees broke into small working groups to explore the current dynamic, role and relationship of the church and the community. The groups were facilitated by Austin experts, historians and community leaders including Dr. Leonard Moore, professor of history and Assistant Vice President of the Division of Diversity and Community Engagement; Reverend Freddie Dixon, retired minister of Wesley United Methodist Church and community liaison for the Community Engagement Center; Pastor Joseph Parker; and Dr. Eric Tang, associate professor in the African and African Diaspora Studies department and director of the Social Justice Institute. The questions prompted members of each group to think through community priorities, the role of the church in community advocacy and opportunities for coalition building. Many believed predominately black churches in east Austin should reflect a spirit of activism and to collectively leverage its voice and position to advance underserved communities through policy.

Below is a representative sample of key take-aways and observations offered by the more than 35 attendees at the CEC’s first Front Porch Gathering:

The Front Porch Gathering series for 2016-2017 will continue through Spring 2017 providing opportunity to discuss, design and develop resources around the school to prison pipeline and reentry; the suburbanization of poverty; and health disparities and the importance of mental health in underserved communities.