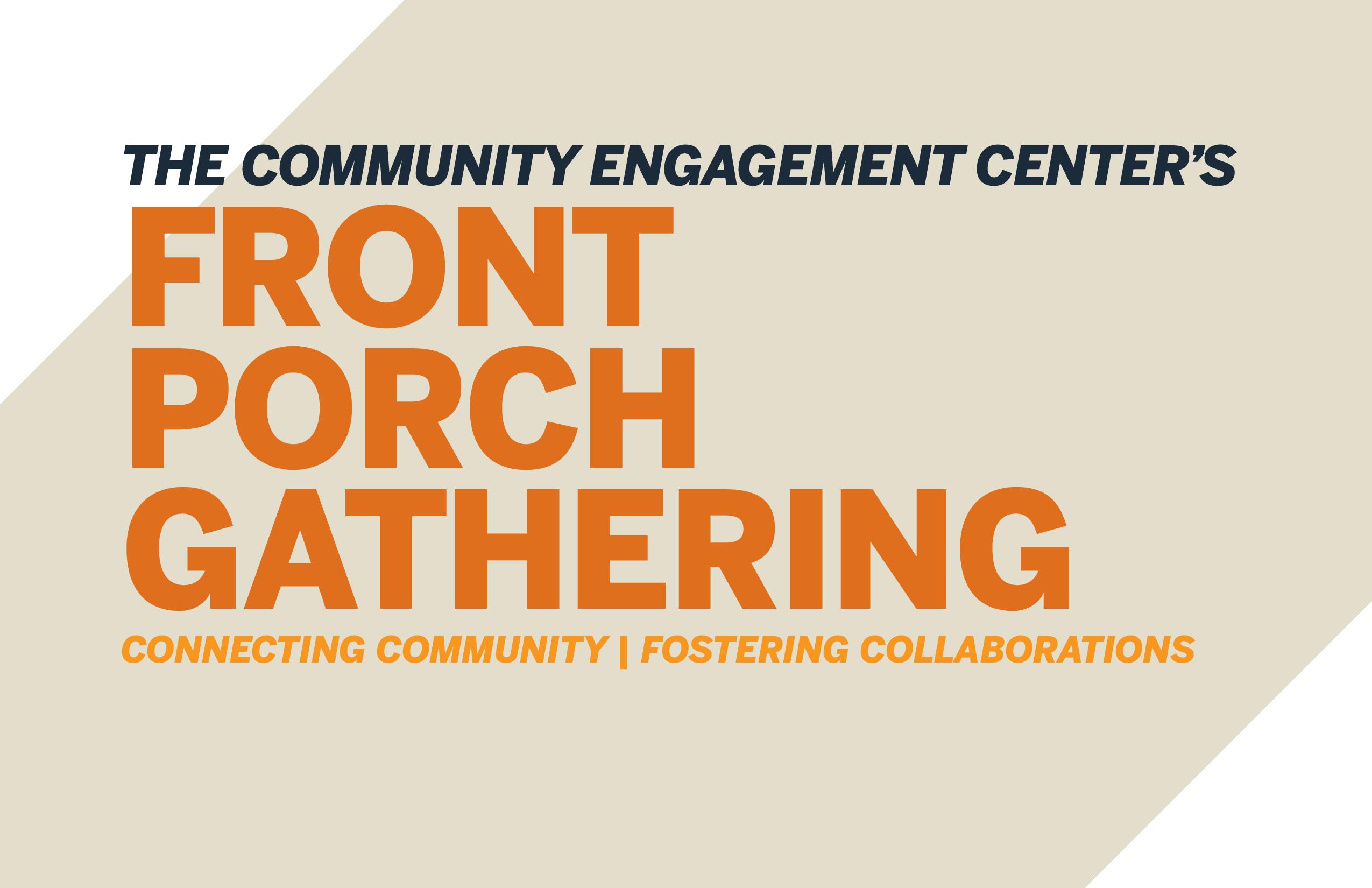 The 2017 Front Porch Gathering Series kicked off at David Chapel Missionary Baptist Church on October 19th. College students, current and former educators, parents, activists and community members came together to discuss education equity in east Austin. The night’s conversation not only on focused on opportunity gaps within East Austin schools, but also on creating opportunities for students through schools and their community.

Dr. Terrance Green, an Assistant Professor of the University of Texas’ Department of Educational Leadership and Policy set the tone for the evening, providing a powerful breakdown of the systemic issues challenging primarily black and brown kids in East Austin (and much of urban America). Dr. Green illustrated the effects perspective can have on each other and our community by facilitating a quick ice breaker. He asked attendees to discuss an image on the projector that appeared to show the entire image but when you zoomed out to show the true image the story completely changed. Dr. Green used the ice breaker as a way to illustrate to the audience that “You can only see based on the lens that was given to you”.

Dr. Green challenged those in attendance to reorganize their thinking about the problem with three key points: “1) We must be intentional in examining education, 2) New ways of seeing create new ways of being and, 3) Whatever lens you use to see people, controls what you see.” The framework introduced at the end of his presentation urged everyone in the room to dismiss the notion of achievement gap and instead to approach what many students in East Austin are challenged with, as opportunities gaps. Dr.Green pointedly stated that the gaps students in low-income communities’ face are not a result of their capacity to learn but of their opportunity to learn. To conclude his presentation and bring focus back to the issue at hand, Dr. Green left attendees with the message that “reform [has] to start in and with the community.”

The issues of equity in financing and management of schools in Austin were widely discussed. Members of the groups raised questions surrounding concerns on where education funding is being allocated around the city and how the district can do a better job redistributing resources to schools. Mr. Jones, an ex-tax collector, expressed his feelings that “No school district should be more important than another.” The topic of quality of educators at school was also touched on. Members brought up issues surrounding methods for recruiting teachers, the training process for teachers, the student to teacher ratios and the voices of teachers being heard by those above them. Through their discussion the group was able to come to an understanding that a lot of issues that create education inequity in their communities began at the top with school administration and the agencies that watch them.

Many attendees discussed their own experiences when answering the first question of the night, what does quality education mean to you? Many believed that education should be “inspiring” and give students the “tools” they need to go on to higher education. A parent of a charter school student shared that he believed that students should have curriculums that cater to their individual skills and interest. In one group the difference between equality and equity was thoroughly discussed as attendees who were in the education field gave examples of when equality was not enough. In the end the groups were able to acknowledge that in order to get a quality education in East Austin students need advocates, people who will get involved in the political process and policy and in the community on their behalf.

Throughout the groups there were powerful discussions focused on actions attendees could take to personally change their community. Attendees used their personal experience as students and now as adults with school aged children or adults in higher education to influence what they thought would help minimize Dr. Green’s Opportunity Gaps:

To wrap up the evening, Dr. Terrance Green gave a final presentation where he informed the attendees of the effects gentrification are having in East Austin and other low income communities. Changes that come with gentrification do not only affect local businesses and housing prices but seep into the fabric of the community and affect our children’s ability to get a quality education. Before calling the evening to an end Dr. Green reminded attendees that “victims of oppression should be the ones saying what justice looks like,” leaving everyone present with the conviction that after tonight they can go forward in implementing changes to create better schools within their communities.

The next Front Porch Gathering will be held October 17th on immigration, immigration policy and the role of institutions to be a support system to affected communities.

To further engage in the conversation and connect with work taking place to improve education equity consider these efforts:

ACC Office of Equity and Inclusion

Read more about Dr. Terrance Green and his work: