Most awards are nomination-based, and are granted based on the decision of a selection committee. Nomination forms will be available March 12th, and the event takes place at the close of each academic year. 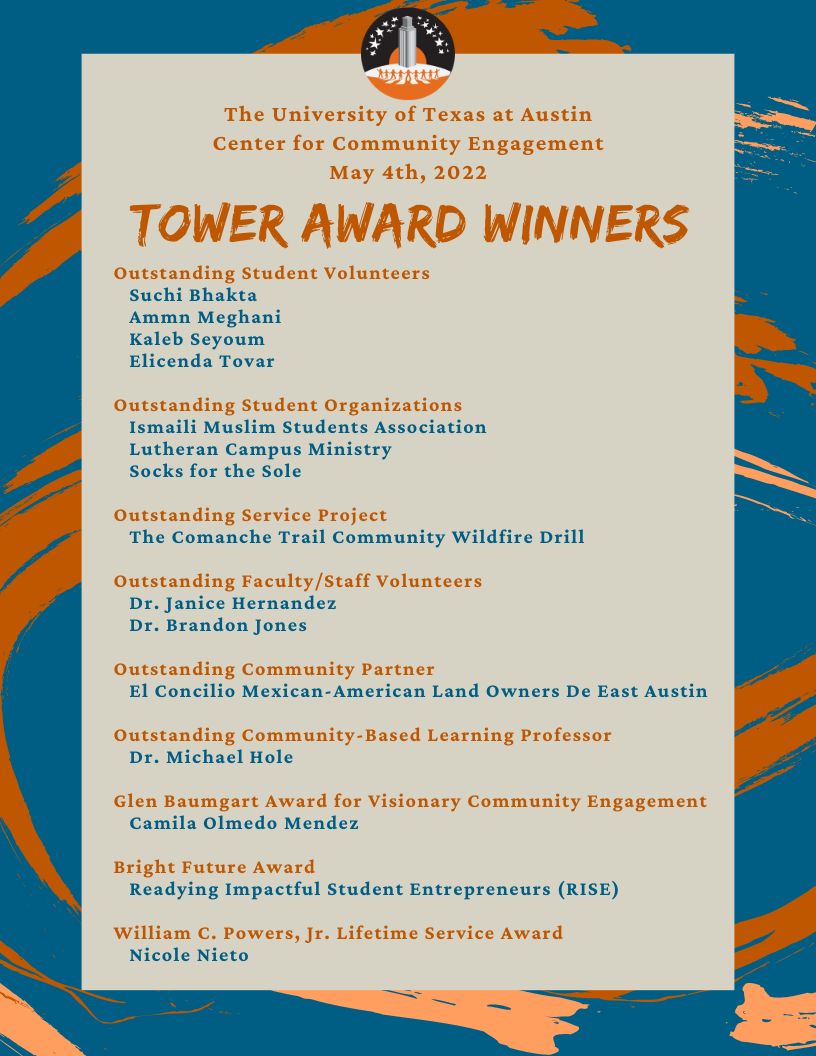 Your link to direct service in the Austin community. Sign up for service and track your volunteer hours, or bring a group to one of our planned days of service.