I am a single father with a son who has primary residence with me.  A majority of the financial burden for him is mine.  My son broke his arm over a year ago, and the break required surgery to have it reset with pins.  As you can imagine, watching a child go through this pain is heart wrenching and also worrisome as I knew the medical bills would ensue.

During this period I also began to have indescribable panic attacks.  My heart would elevate to 110 beats per minute while I was at rest.  This was accompanied by heart palpitations, labored breathing, lightheadedness, confusion, and an overwhelming feeling of doom – almost like I was going to die.  I was one who thought that panic attacks were “all in one’s head”.  That was until I started having them myself.  After multiple doctor’s visits and tests, a mass was found on my thyroid.  Ultimately it was the cause for my unexplainable physical ailments and required removal through surgery.

These two combined incidents in such a short span of time put a large amount of stress on me emotionally and physically.  I knew that as a single income parent it would take me a long time, possibly years, to pay off the various bills associated with two surgeries – even with insurance.  Fortunately, the masses were benign and no further treatment has been needed.

I applied for the Staff Emergency Fund in September 2010 and was granted a $500 award. It has been just one year since these emergencies, and I am almost caught up with my medical bills.  The burden was eased with the financial assistance that I received, and I am so grateful for the help.

Letter From The President 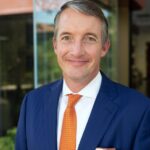 The Hearts of Texas Charitable Campaign is an annual opportunity for Longhorn Nation to help our neighbors and community members in need. By donating, you change lives and you inspire others to do the same. Since the campaign’s inception in 1996, UT’s faculty members and staff members have donated about $14 million to charities in Central Texas and beyond… read more.

Letter From The Honorary Chair 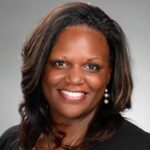 I am pleased to announce the launch of the annual Hearts of Texas Campaign, a university-wide fundraiser that benefits hundreds of charitable organizations throughout Central Texas that serve our most vulnerable communities… read more.