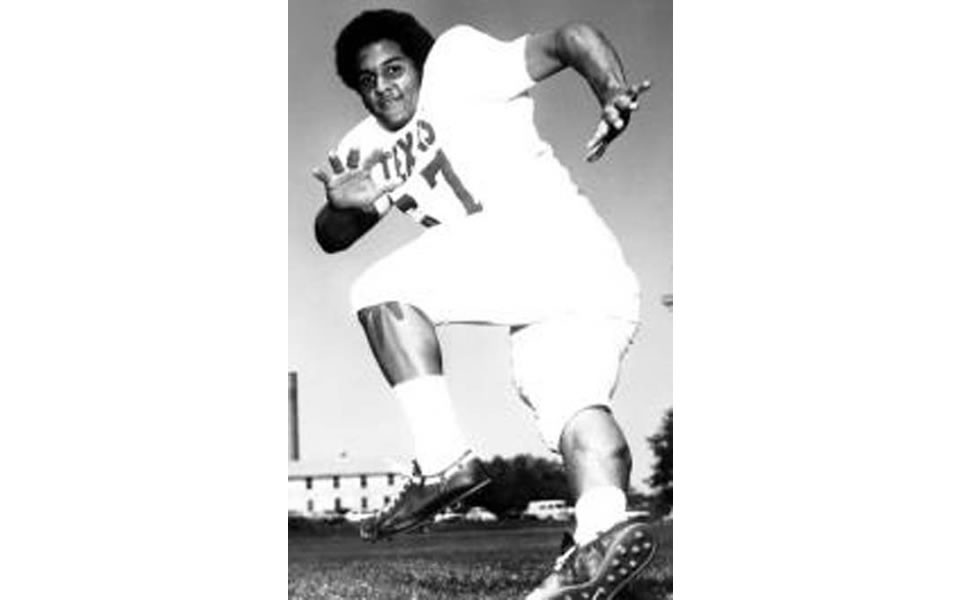 Former Texas Longhorn Julius Whittier, a member of three Southwest Conference (SWC)  title teams and the Longhorns’ 1970 national title team, died Tuesday, Sept. 25, 2018, at the age of 68. He had been diagnosed with Alzheimer’s in 2012.

Whittier came to The University of Texas at Austin from San Antonio Highlands High School in 1969. In 2005, he told New York Times reporter Joe Drape, “I was a jock, plain and simple. I didn’t care about civil rights or making a mark. I just wanted to play big time football.”

Whittier earned three degrees from UT Austin. He majored in philosophy as an undergraduate, but went on to earn a master’s degree from the LBJ School of Public Affairs and a law degree from the University of Texas School of Law in 1980.  He was as a long-time senior prosecutor  in the Dallas County District Attorney Office and trial lawyer in Dallas.