On September 25, 2021, 10am to 11:30am, this meeting was streamed above. You can now view the meeting as a recording. Click the play button and use the full-screen icon in the lower right of the video to expand in size. Download a PDF of the PowerPoint presentation.

Read about the Precursors

Media From The 60th Anniversary Weekend 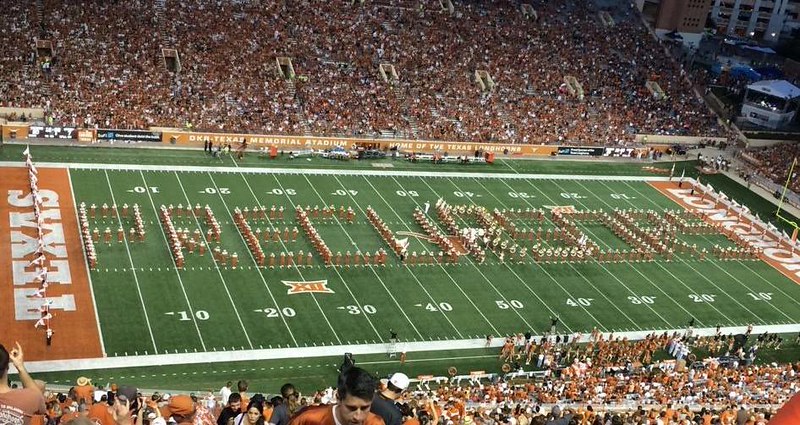 “We conclude that, in the field of public education, the doctrine of ‘separate but equal’ has no place. Separate educational facilities are inherently unequal. Therefore, we hold that the plaintiffs and others similarly situated for whom the actions have been brought are, by reason of the segregation complained of, deprived of the equal protection of the laws guaranteed by the Fourteenth Amendment.”

In 1956 the first African American undergraduates enrolled at and attended The University of Texas at Austin. Since that watershed year, thousands of African American students have attended this flagship institution.

PRESIDENT GREGORY L. FENVES The University of Texas at Austin cordially invites you to the Celebration of the 60th Anniversary of the Enrollment of the First Undergraduate African Americans at The University of Texas at Austin. As we celebrate this milestone in the history of Texas’ premiere university, we are privileged to honor those who courageously paved the way for the advancement of civil rights on the Forty Acres and throughout the United States.

Please join us for

Facing the Winds of Change with Dignity, Courage and Wisdom

A SALUTE TO THE 1956 BLACK UNDERGRADUATES

The LBJ Auditorium
on the University of Texas Campus
2313 Red River Austin, Texas 78705

The University of Texas at Austin will mark the 60th anniversary of the first African American undergraduate enrollees with a series of events throughout the UT Black Alumni Homecoming Weekend. Festivities are scheduled around the UT vs. UTEP (University of Texas at El Paso) football game.

The Precursors, Inc., an organization of African Americans who entered the University at least 40 years ago, will share their stories of UT THEN. Other alumni and students will share their stories of UT NOW. Students and alumni are invited to come and learn about the challenges in the history of UT’s desegregation. While acknowledging that the struggle continues, we can also recognize the progress that has been made.

President’s Reception for Honorees and Their Families
2:00–3:00 p.m.

Contact the hotel directly to make hotel reservations at 512-323-5466 and use the code TEU. *Fee: The cost is $60 per person. Honorees may attend at no cost. Contact Brian Ricter, Texas Exes Network Coordinator, at 512-840-5616 for payment information.

The Precursors, Inc. will honor the first African American undergraduates at their annual luncheon.

Fee: The cost is $30 per person. Honorees may attend at no cost.
Contact Brian Ricter, Texas Exes Network Coordinator, at 512-840-5616 for payment information.

Sponsored by the Office of the President and co-sponsored by the Black Ex-Students of Texas and the Eta Theta Chapter of Omega Psi Phi Fraternity, Inc.

The Precursors are a group of African American alumni who share the distinction of being among the first Black students to attend and integrate The University of Texas at Austin more than 40 years ago. Their goal is to ensure that future generations of Black students are supported at the university. On this site we will share the Precursors’ stories and feature information about some of their current work.

The Precursors’ courage and convictions helped shape The University of Texas at Austin into the institution it is today; their efforts should be remembered and honored as we continue to strive for a richly diverse and inclusive campus.

They are older, wiser and share the distinction of being among the first black students to attend and integrate The University of Texas at Austin more than 40 years ago.

They could easily harbor resentment for having to push for equal access to participate in all aspects of university life, but many do not. Instead these alumni, who formed a group called the Precursors, have returned to campus to ensure that future generations of black students are supported at the university.

The Precursors and several of its members were honored at the 25th Anniversary of the Heman Sweatt Symposium on Civil Rights at a special Evening of Honors hosted by the Division of Diversity and Community Engagement May 6, 2011. A total of 21 individuals, four couples, and three groups received Heman Marion Sweatt Legacy Awards. The awards were given to those who embody the spirit and legacy of Sweatt, the first black student to attend the University of Texas School of Law in 1950.

History of the Precursors

Since forming, the group has worked to create a shared modern history. It started with a handful of black men, called the Dudes, who met annually during the Texas Relays.

“We were once invited to meet a group of students and in one meeting we racked up $3,000 for student scholarships and then we said, ‘look at what we’ve done — let’s continue to do this,’” said Lonnie Fogle, the Precursors’ current president.

When the men invited the first black female students to join they changed the name of the group to the Precursors and set out to fulfill their mission to enhance the experience of black students on campus. Still, the Precursors actively apply their efforts to recruitment and retention and work with the university’s Division of Diversity and Community Engagement as well as student groups.

During the Evening of Honors event, the Precursors also celebrated their own members’ contributions to civil rights and commemorated the 50th anniversary of the lawsuit that led to the integration of the university’s residence halls.

In 1961, Precursors Leroy Sanders, Maudie Ates Fogle and Sherryl Griffen Bozeman, two of whom were still minors and required their parents’ permission, filed suit against the university. During an emotional acceptance speech Bozeman, an ordained minister at Houston’s Brentwood Baptist Church, called the filing of the lawsuit a watershed moment that also created a watermark by leaving a lasting impression on the university.

While living in Houston and working for DuPont, Fogle read about incidents of students donning blackface and chose to act.

“I said I could get involved with this, having been involved in the sixties and go and talk to the students and people on campus,” Fogle recounted. “The majority’s kids were doing some of the same things that their parents did twenty years earlier when I was a student.”

He became a life member of the Ex-Students’ Association, and began serving as a council member at-large, a role he continues today. During his involvement he saw the formation of a black alumni task force and served on a committee charged with developing a proposal to improve the campus climate.

Another Sweatt award recipient also honored by the Precursors was William Spearman. When Spearman graduated in 1964 it was bittersweet, he said. He had successfully fulfilled his degree requirements, but like many of his black peers he felt frustrated and shut out of the daily and social aspects of student life. Black students had to live in separate dorms, could not participate in official university-sponsored sports teams and were not allowed to enter the movie theatre or restaurants along Guadalupe Street. As a young activist, Spearman participated in protests and chaired the Campus Interracial Committee. On September 28, 1963, he delivered a resolution to the Board of Regents that called for the complete integration of university housing and athletics and the abolition of racial discrimination in faculty and staff hiring. Eight months later the Board of Regents voted to remove all racial barriers to housing and hired the first black faculty member, Ervin S. Perry, as an assistant professor in engineering. Coincidentally, Dr. Perry was Sweatt’s cousin.

During the 1950s and early 1960s when a significant number of Precursor males were majoring in the fields of science, technology, engineering and mathematics (STEM), there were no black faculty members on campus.

“We had each other, but we were on our own,” said Dr. Charles Urdy, who received his Ph.D. in chemistry in 1962 from the university.

Despite the efforts the university has made to diversify its student body and staff since, there are still areas for improvement, in Fogle’s opinion. Fogle would like to see more faculty diversity in the STEM fields.

Another future goal that Fogle wants to see implemented is the creation of a university chapter of the National Organization of Black Chemists and Chemical Engineers. As a former director for the organization, he identifies mentoring as one way that he has given back to his community. He said his time with youth has also allowed him an opportunity to not only counsel them on potential careers, but to also share through his story one attribute that he never lacked — persistence.

The Precursors said they are proud of what they achieved during their time on campus and believe that current students have the potential to serve as change agents if they collectively identify and rally around a common cause.

“We took the hits,” said Precursor Rev. Bozeman. “We took the licks because it was worthwhile to open the doors of UT for everyone.”

Reverend Sherryl Griffin Bozeman spoke to The Daily Texan about her involvement in desegregating Kingsolving Dormitory.  In 1961, Rev. Bozeman and Maudie Ates Fogel were two of three women who staged a sit-in at Kingsolving. Griffin, Fogel and their fathers along with Leroy Sanders filed suit against the university in 1962 to integrate the residence halls on campus.

Precursor Rodney Griffin was interviewed in February by a Houston television station about Dr. Martin Luther King’s visit to Houston for the first in the 1958. At the time Griffin was 11 years old and his  mother was one of a handful of people to meet King at the Houston Hobby Airport. Watch video on KHOU-TV website.