The Multicultural Engagement Center (MEC) is a student resource office which is a part of Student Diversity Initiatives, a unit within the Division of Diversity and Community Engagement, that supports a culturally diverse campus and helps cultivate a positive campus climate.

The MEC houses six student-run agencies, provides leadership development opportunities, presents peer-facilitated social justice and education trainings, offers a number of support services to student organizations, and hosts community cultural immersion experiences. For many students, the MEC is a great place to access resources and for others, it is a home away from home.

The MEC is excited to partner with our friends at

🚨Give Away Alert!🚨Are you following our stud

This spring we are launching our MEC Peer Facilita

Welcome back to campus everyone! We’ve got lots

Hey MEC! We wish you all the best as you complete

Our MEC Agency @naic_ut hosted Feast on This to ce

Application for our Cultural Immersion Experience:

MEC Agency @utadpac was featured in the Daily Texa

Recap pics of our first ever Cultural Exploration

You’re invited to join the MEC at the Austin Pow

Originally named the Minority Information Center, the MEC was established by students in 1988 as an agency of Student Government (SG) to support Black and Latino students. During the early 1990s, the Center expanded its bylaws to include Native American and Asian American students. In 1998, the Center became part of the Office of Student Affairs and two full-time staff members were hired to oversee the office’s operations. In addition to administrative changes, the Center added a new agency, Students for Equity & Diversity and changed its name to the Multicultural Information Center to better reflect the expanded mission, which included resources for students who were not considered to be “minorities.”

In 2007, the Center became part of the Division of Diversity and Community Engagement which was created under the direction of President William Powers to foster a more inclusive climate on campus. In 2009, the Center added a new student agency, Queer People of Color and Allies. In January 2011, the Center relocated to its current space in the newly built Student Activity Center in the heart of campus. Along with the move, the Center adopted a new name, the Multicultural Engagement Center, to better reflect its evolving mission. The MEC continues to serve as a resource for students of color at The University of Texas at Austin as well as empowers them to be the agents of social change.

Please consider making a donation to the MEC. Thank you. 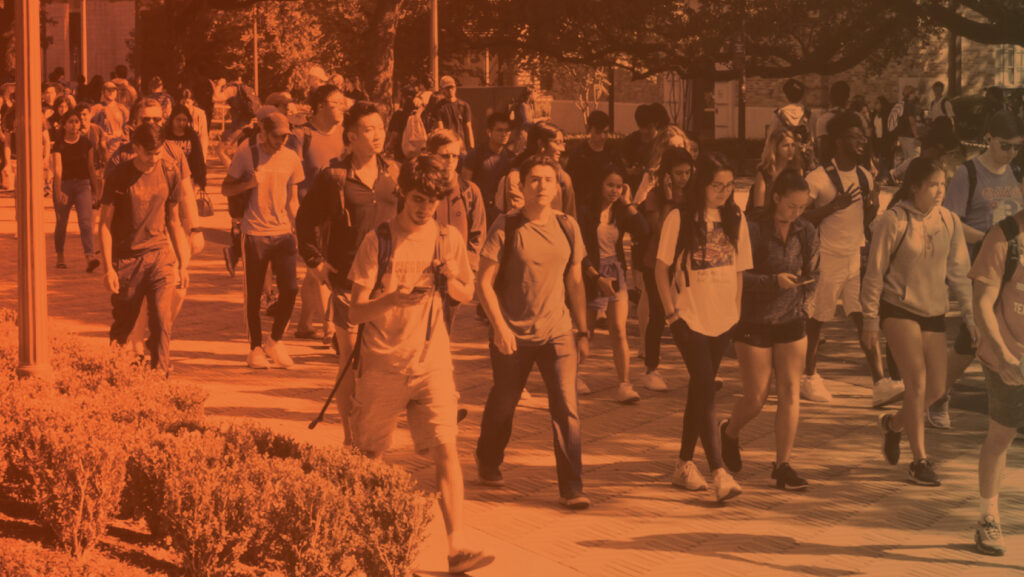