The Project MALES/Texas Education Consortium for Male Students of Color is honored to introduce a new addition to our leadership team, Ricardo “Rico” Gonzalez who will lead our Consortium work in Texas. 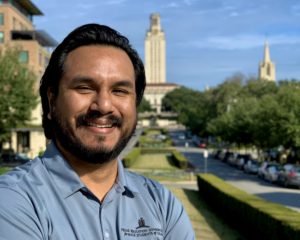 Ricardo “Rico” Gonzalez, M.Ed. (he/him/el), joins us from Texas State University where he served as the Coordinator for Special Projects for the Dean of Students. Rico is originally from Houston, TX and has lived, studied, and worked in a variety of higher education spaces. He attended Oberlin College in Ohio for his undergraduate degree in Politics and for nearly 8 years was the program coordinator and then director of the CSTEP New York State education grant program at Cornell University’s Office of Academic Diversity Initiatives. During his time at Cornell, he successfully co-led the writing team to bring a McNair Scholars program, renewed the CSTEP grant two times, and co-founded the Graduate Students Mentoring Undergraduates (GSMU) program. Just before his new role with Project MALES, he earned his master’s degree in Student Affairs and also worked with PACE Peer Mentoring Program. Rico’s research interests include mentoring, Hispanic/Latino/Latinx identity, and social justice issues. Rico currently lives in Austin TX with his wife We are proud to welcome Rico into our Project MALES familía and look forward to drawing from his higher education expertise to help build the consortium’s reach across the state of Texas in supporting male students of color in education.