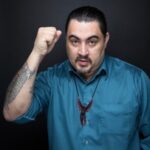 Dr. César A. Cruz – From marching 76-straight miles, to hunger striking for 26 days, César has dedicated his life to fighting for justice. He was born in Guadalajara, Jalisco, México and migrated to the U.S. at a young age with a single mother and grandmother. He grew up in South Central L.A. and moved to the Bay Area to study. César graduated from UC Berkeley with a B.A. in History. He has been an educator for 23 years, in positions of leadership for the last 17 years, most recently serving as the Dean of Secondary Schools Program at Harvard University. He co-founded the independent school, Making Changes, out of his home, and has sought to create autonomous education spaces. For the last four years, he has overseen the Homies Empowerment Program serving gang impacted/involved youth in Oakland, CA. He is the author of two books, Revenge of the Illegal Alien, and Bang for Freedom. He received his doctorate in Educational Leadership at the Harvard Graduate School of Education, becoming the first Mexican immigrant male to do so. The recipient of the Jefferson Award for Public Service, César currently serves as a Bridge Fellow for the national organization TNTP (The New Teacher Project), and is on the advisory board of the education policy organization Broader Bolder Approach to Education (BBA). Amidst all, he is proudest to be a husband, and father of three children: Olin, Amaru, and Quetzali. 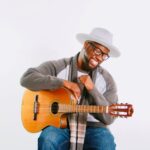 SaulPaul is a world-renowned rapper, singer-songwriter, speaker, and social justice advocate. He has garnered 2 Grammy Awards nominations and presented 3 TEDx Talks. SaulPaul has performed at the Kennedy Center for Performing Arts and been featured on America’s Got Talent. His life story of transitioning from prison incarceration to graduation at the prestigious University of Texas at Austin has been told on screen via the documentary Tower to Tower as well as via his memoir Be The Change.

Most recently, SaulPaul launched the Be The Change Challenge, which seeks to inspire and empower 1,000,000 youth and young adults to do good and #BeTheChange in their local community. In addition to SaulPaul’s signature initiatives, he serves on the Board of Directors of Downtown Austin Alliance Foundation, and on the Advisory Board for Family Music Forward as well President of Austin Music Foundation. Whether via art, entrepreneurship, or community service, SaulPaul is committed to #BeTheChange. 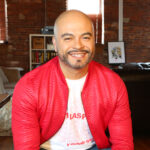 Ernesto Mejia, the proud son of Mexican immigrants, is a true example of the American dream. Diagnosed with the rare disease of Guillain-Barré Syndrome at the age of 16 that left him temporarily paralyzed, he was not supposed to be a successful student, much less a College Dean of Students. Through his hardships, Ernesto learned to never give up on life. A founding member of the SLiCK program, Ernesto now speaks to students, parents, and teachers about overcoming obstacles and never giving up on the American dream: education.